Our Guest is Lorraine Reguly 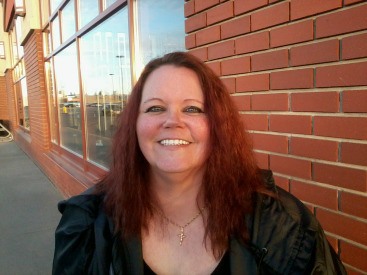 Lorraine Reguly was born and raised in Thunder Bay, Ontario, Canada. By age 4, Lorraine was reading, and by age 6, writing in cursive.

She has always had a high IQ, and graduated Grade 8 as valedictorian. High school, however, was more challenging for Lorraine, as she was raped at the age of 14.

She was still a virgin at the time, and was completely devastated. She used drugs as a coping mechanism, quit school, and became promiscuous.

After becoming a single mother at age 18, she went back to school and graduated with honors, winning several scholarships and awards.

While Lorraine completed her high school credits, she also sought counselling, finally telling someone about what had happened to her. She became a certified high school Mathematics and English teacher in 1999, and taught for several years. In 2005, she was in an accident in which she nearly lost her right leg.

Throughout her life, Lorraine has had her share of problems. She has done drugs, earned money through prostitution, suffered discrimination as a result of being the single mom of a half-Spanish son, and has had suicidal thoughts for years. She attempted suicide once, and has been the victim of depression, too.

A major turning point in her life occurred when Lorraine’s appendix burst and she nearly died. She re-connected with her son and began blogging a few months later, in January 2013. She then began a freelance writing and editing business and started to take her writing seriously.

Lorraine won the only short story contest she ever entered and became a contributor to a memoir anthology. She is also a contributing author to a short story anthology. In 2014, Lorraine self-published her first book of short stories, Risky Issues, and has plans for many more books, including an autobiographical memoir and a collection of letters she wrote to her son.

She also plans to write and publish different works of fiction, including a suspense novel and an erotica novella series.

Lorraine blogs at Wording Well (which offers writing, freelancing, and blogging tips) and Laying It Out There (where she shares personal stories on True Tales Tuesdays and features book reviews, author interviews, and other things – such as information related to self-publishing – on Featured Fridays). Lorraine also writes poetry, which she shares on Poetry Perfected.

Lorraine loves reading murder mysteries, playing cards, spending time with her family, and shooting billiards. She likes cats – even though she’s allergic to them – and dislikes snow and cold weather. One day, she hopes to live near a beach so she can go swimming every day when she’s not relaxing in a hammock!

THE156: From Marketing Client to Marketing Maven with Jaime O’Connor

Our Guest is Jaime O'Connor If there is one thing I want in this world, it's…