Our Guest is Christine Blackburn 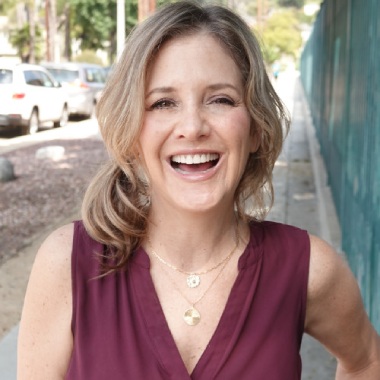 Our guest today has a non-traditional life that led her down the path of being a flight attendant, then joining the Peace Corps, and then getting the shock of her life when she diagnosed with cancer.

Oh, and to celebrate her 50th birthday, she decided to publicly chronicle her gift to herself, which was riding on the back of a Harley… completely naked.

(She writes all about it, and shows it, in her articles on Huffington Post, where she is a regular contributor.)

Today, as a producer, host and skilled interviewer, Christine Blackburn and her production company, Story Worthy Media, have produced over 540 episodes of her weekly show Story Worthy and dozens of live performances of her gameshow, Story Smash The Storytelling Gameshow!

She hosted Ready For The Weekend Movies on USA Network for 2 years, performs storytelling all over Los Angeles and has appeared in over 100 commercials.

THE134: Put Yourself in Life and Death Scenarios So There’s No Option But To Succeed

THE75: Making The Seemingly Tough Choices To Rediscover Your Full Potential

Our Guest is Piper Willoughby Our guest today, in part, describes herself as an ordinary…

THE19: How To Get People To Care So Your Business Doesn’t Fail

Our Guest is Dr. Robert Lussier Dr. Robert N. Lussier has been the Publish Don’t…