Our Guest is Amanda Holmes 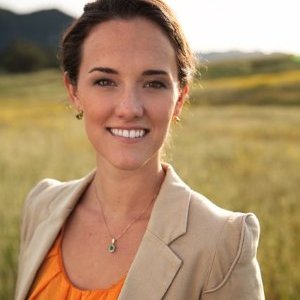 Amanda Holmes is the CEO of Chet Holmes International who picked up the mantle and the responsibility of running that massive brand and organization after her father’s untimely passing in 2012. Her father, Chet, is the creator of The Ultimate Sales Machine, otherwise also known in the industry as the red bible. Chet’s philosophy has changed a lot of lives in the world of sales and business.

Here are some power takeaways from today’s conversation:

Her transition from the music industry to taking on her father’s business
The spiritual journey she went through to prepare for such huge responsibility
Practices to help you reduce stress and get back on track
Why The Ultimate Sales Machine is called the red bible
The 6 Steps to the Time Management Secrets of Billionaires
The plague of time management
The Story of The Dream 100
The difference between a strategist and a tactician
Episode Highlights:

Practices to Help You Reduce Stress and Keep on Track

Raise your vibrational frequency. Think positively and do positive things. Remove the negative thoughts that may get absorbed by the body and create disease.

Meditation and breathing – Meditation and breathing are very powerful techniques. If it didn’t cost you a dime and it only took two minutes to cut your stress in half, would that be something you’re interested in?
Tap into the power of sound – Listen to great music. You can actually use the sound of your own voice to clear the negative vibrations and cleanse those away. You can also sing out your positive affirmations.
Why The Ultimate Sales Machine is Called the Red Bible

One of Chet’s philosophies is that mastery isn’t about doing 4000 different things. It’s about doing 12 things 4000 times. And to truly get to mastery, you have to do it over and over and over again until it’s successful. At Chet Holmes International, they have 12 ways to double your sales and each one is just a skill set to master – which all stand the test of time.

The 6 Steps to Time Management Secrets of Billionaires

Touch it once – Take immediate action once you hit it.
List your top six things you want to do.
Determine how much time it will take you to do each step.
Prioritize which ones are most important.
Put it in.
Is it okay to throw it away?

One of the core competencies for doubling sales is can you become masterful at your time? Can you manage it like a machine because that’s one of the biggest places where everybody messes up is their time, especially holy cow with social media that just completely ruins everything. And this thing called a phone. It’s like the plague of time management.

THE96: Rewire Your Negative Thinking With A Fresh Mindset Approach

THE40: Surviving A Net Worth of Millions to Owing Millions in Debt

THE101: Rehumanize Your Business: Start Using Video For Relationships, Not Just Marketing