Our Guest is Larry Forletta 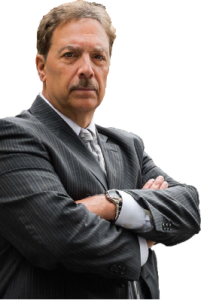 Larry Forletta is the founder of FORLETTA a Cleveland and Pittsburgh PI company. He is a highly decorated former special agent with the U.S. Drug Enforcement Administration (DEA) with more than 30 years of professional law enforcement experience including the Maryland State Police.

Mr. Forletta has led major criminal investigations and international criminal organizations achieving a 100 percent conviction rate. He is a judicially recognized expert in the U.S. District and State Courts. He has supervised 25 criminal investigators with successful results and trained hundreds of local, state and federal law enforcement agencies, including the U.S. military.

He has been honored by receiving DEA’s highest award by the Attorney General of the United States and has received numerous awards from local, state and federal law enforcement agencies, including the U.S. military.

THE52: The Balance Between Being and Becoming: An Honest Look

THE147: Simple Shifts in Mindset Change Everything

THE49: Fall In Love With This “Filthy Rich” Money Motivated Entrepreneur Who Makes No Apologies