Our Guest is Laurie Burton 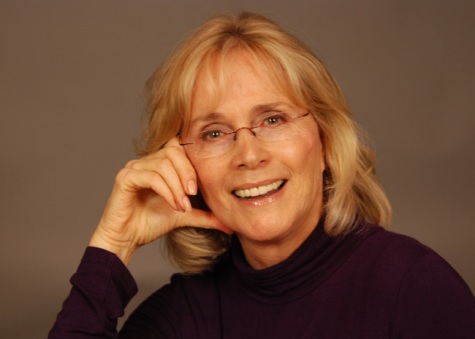 Just out of college, Laurie didn’t waste any time starting her career. Her first job was working as a production assistant at Paramount Pictures. It was at Paramount that she got her first agent, which led to her first role in the Elvis Presley movie, “Tickle Me.”

It was her love of acting and the skills it required that led her to the business world. Laurie Burton Training was born, and as a result she has received international recognition as one of the innovators in redefining the way people present themselves, blending the art of expressive communication with business.

We all love to “use” the words communication skills and support them with words like authentic, empowered, and genuine, but do we live them? I have used them myself. We do a lot of selling with these words, but we tend to overlook are the actual skills that one must possess to be a great communicator.

Do you know how you’re perceived? What kind of energy do you project? Can you change it in an instant? Are you comfortable in your own skin? Don’t laugh, it’s at the core of a solid communicator. When you speak are the meaning of the words expressed in your face and body? The ultimate challenge for any great communicator is how to cause people to feel something, to have an experience. A confident, inspired and creative communicator will find success rooted in their ability to express their life force, conveying thoughts, feelings and emotions so that others are moved by them.

She has worked extensively with thousands of individuals in her seminars and with dozens of Fortune 500 companies such as IBM, Mattel Toys, Merrill Lynch, ITT, Bank of America and, most recently, Twentieth Century Fox. She has helped people at all levels break through corporate communication barriers to establish a fresh and revolutionary way to train people. Her breakthrough techniques teach the art of expressive communication in an enjoyable and accessible way.

Laurie was a Senior Lecturer at the University of Southern California School of Cinematic Arts from 1985-2008, where she taught filmmakers and directors in both graduate and undergraduate programs how to work with actors and to develop their communication skills to improve their directing and acting abilities in film and television.

Presenting You: Use Skills from the Actor’s Playbook to Master the Art of Communication (Laurie’s book on Amazon)

THE73: Be The Kind Of Person You Want To Be Around

THE124: Stop Stopping The Unstoppable ~ A Comedic Take To Your Personal Development

Our Guest is Ross Everett Enjoy this episode from our time at Podcast Row. Do…

THE06: Learn How to be Calm and Remove Anxiety From Your World

Our Guest is Nicola Taggart This episode is impactful for one main reason; it’s about…