Our Guest is Michael Marcial 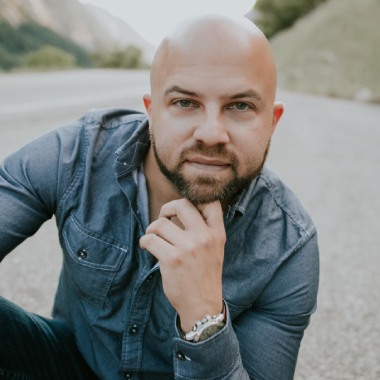 Where do I begin with my guest today. As we celebrate Episode 100, I’ve not had a guest on more than once.

However, our guest today, like much of what he does, breaks that mold.

This is the 3rd time Michael Marcial is on the show. And really there’s good reason. Michael was my guest for Episode 1, Episode 50, and now Episode 100.

If you don’t know Michael, he’s the founder of the 5 Figure Work Week, which in part is the largest and fastest growing invite-only paid group on Facebook! Over 3400 members inside.

Michael dives into the strategies, mindset, actions, and methods that will take you from business idea to ideal business!

In less than two years since I’ve known Michael, we’ve had hours and hours of conversations, I’ve attended his in person mastermind, he’s partnered with me in Las Vegas to create a mastermind event, and he is my mentor, and friend. He’s literally THE person you’d want on your team someway, somehow.

THE79: Release The Pain of Past Relationships By Rewiring Your Brain

Our Guest is Dr. Gary Salyer If you have struggled finding, holding or maintaining deep,…

THE136: Finding Acceptance Through Even The Most Emotionally Difficult Circumstances

THE111: Identify Cultural Bottlenecks and Blocks To Grow, Scale and Innovate

Our Guest is Claudette Rowley You know that in today’s day and age, change is…